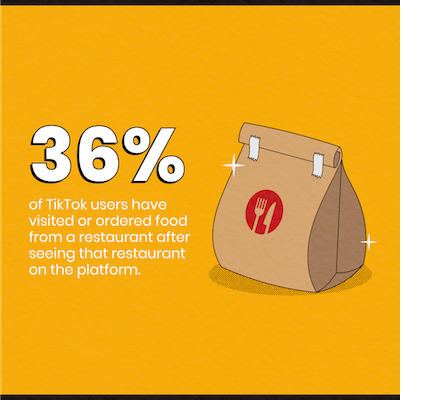 In August 2021, MGH set out to uncover TikTok's potential influence on restaurant dining behavior through a survey of TikTok users from across the U.S.  The national study found that an astonishing 36% of TikTok users have visited or ordered food from a restaurant after seeing a TikTok video about the restaurant.

And with more than 65 million monthly active U.S. TikTok users, 1 billion global users and a consistent position in the App Store's “Top 10 Most Downloaded” list, the implications are clear: This exploding social mobile app is driving where many of today's consumers are dining. 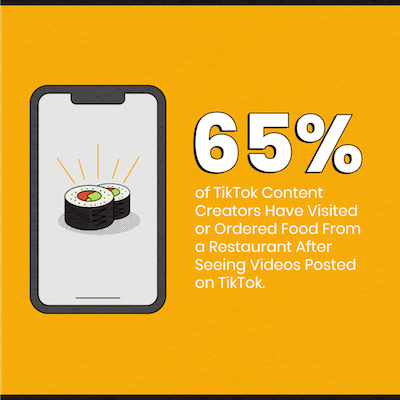 The survey also polled TikTok creators - those who make their own videos on the platform - and found the results nearly doubled (to 65%) when respondents were asked about TikTok's influence on dining and ordering. Not only are these users feeding the network by creating content, but their off-app behavior is regularly influenced by what they see while online.

IT'S THE FOOD AND UNIQUE MENU ITEMS

For TikTok creators and lurkers alike, not only does the food matter, but so does that food's uniqueness. The study found 55% visited a restaurant from TikTok simply because the food looked appetizing, but 51% visited because of a unique menu item.

From oversized cotton candy shaped to look like cartoon characters, to sandwiches done the “Ocky Way,” there are endless examples of TikTok restaurants taking advantage of the unusual to gain attention. 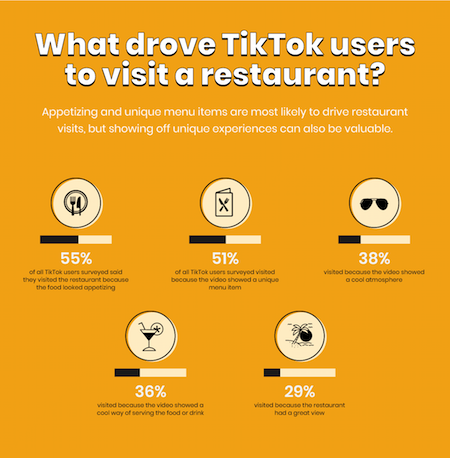 TRUST MATTERS...BUT SO DO INFLUENCERS

When making their dining decisions, our survey also found that TikTokers are most heavily influenced by the restaurant opinions of users they know personally and trust. But, respondents reported that videos from TikTok food bloggers/influencers ranked second in their ability to affect their behavior.

HAVE APP, WILL TRAVEL

TikTok content is inspiring users to not only take action on what they're seeing, but to go out of their way to do so. According to our data, 20% of users have visited a restaurant in a different city based on videos posted on TikTok, and 52% report that while they haven't yet, they are likely to do so in the future. 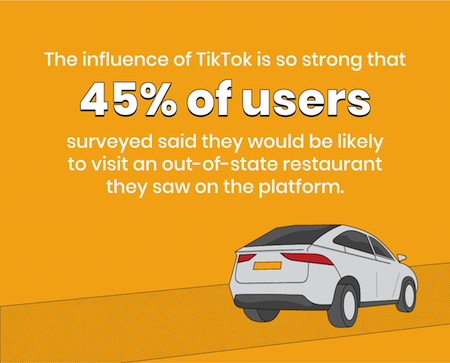 Taking the term foodie to a new level, 16% of users surveyed note that they've even visited a restaurant in a different state based on videos posted to TikTok. Similarly, though they haven’t yet traveled for a TikTok restaurant, 45% of users said they’d be willing to travel out-of-state for a restaurant they saw on the platform.

The app's intuitive algorithm inundates users with relevant content, which could have long-term effects on travel decisions and tourism trends. With so many dining destinations available at the scroll of a thumb, the platform has become a hub for travel planning, similar to what many users used to seek on TripAdvisor or Yelp.

WHAT RESTAURANT MARKETERS NEED TO KNOW

As TikTok continues to increase in popularity and maintain a stronghold in modern culture, brands and marketers must invest in finding their place on the app. The results of our survey demonstrate how TikTok is much more than an app for dancing and voice dubbing, it's a valuable tool for restaurant marketers looking to cook up a stronger online presence. Between the ability to gain real-time consumer feedback, the unprecedented discoverability, and low costs, the time to add TikTok to your restaurant marketing mix is now.

* Results are based on a national survey of 701 U.S. residents who watch videos on TikTok. The survey was conducted Aug. 25, 2021 using SurveyMonkey Audience.

Four Ways to Collect Consumer Insights Online – Beyond Surveys
While most of the country has been quarantined at home, people are finding new ways to stay connected while staying apar...
|
Research 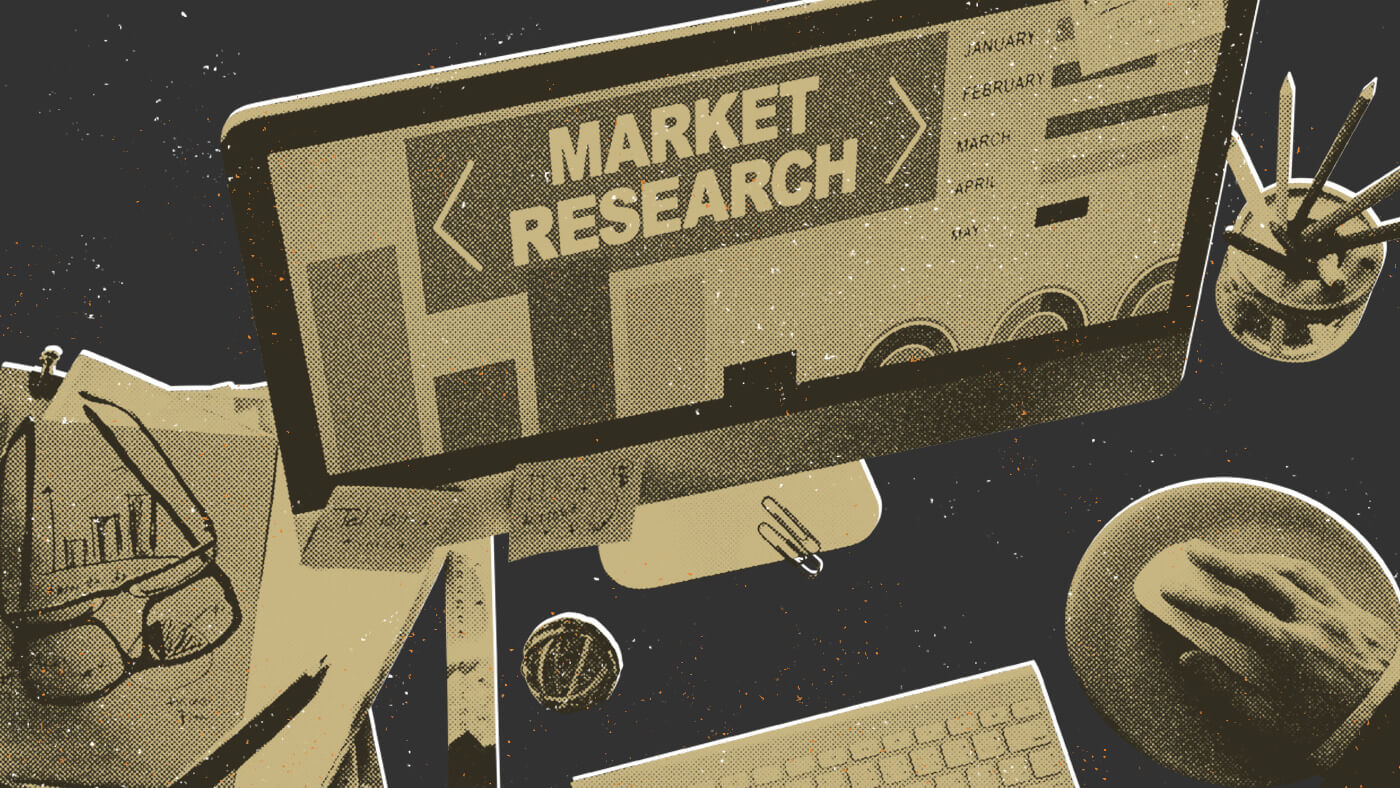 3 Questions to Answer Before Doing Market Research
Researchers often like to ask “so what?” when it comes to developing research topics and questions — it helps to p...