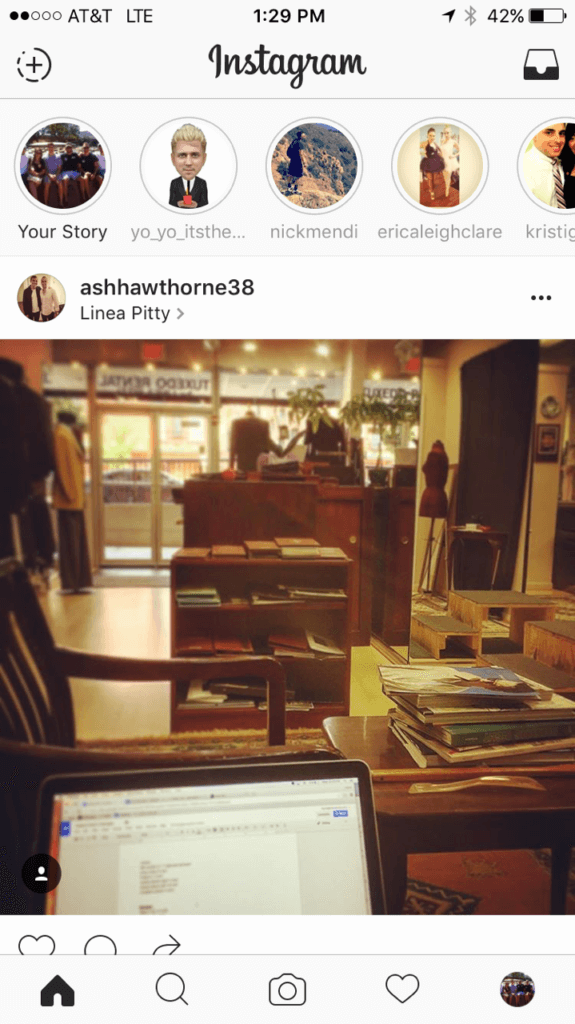 Remember when Star Wars: A Force Awakens hit theaters across the country? For the majority of fans, it was a way to breathe fresh life into a franchise full of cobwebs on the silver screen, bringing back classic characters and mixing them with different faces and new adventures.

Unfortunately, for every good element, there are always a few detractors. In the case of the light saber epic, some folks thought of the newest film as a direct rip from the first in the series, A New Hope.

They do have a point. Force Awakens had Starkiller Base, while Hope had a Death Star. The newest blockbuster introduced us to BB-8, while the classic gave us R2-D2. The old movie had Han Solo, while the updated version included Harrison Ford in a leather jacket. You get the idea.

Because the movies were made by different Lucasfilm establishments (the latter sans George Lucas himself), fans were asked to judge the two installments separately from one another.

In case you hadn’t noticed, something similar happened on your phones this week as well.

Instagram Stories launched on Tuesday, and caused a bit of a stir in the process. On its surface, the Facebook-owned channel’s latest update is a copy of another winning model: Snapchat. Still, taking into account those similarities, there could be enough room in the world for both platforms to shine.

If you updated your Instagram app this week, you probably noticed a few changes. Above your timeline, a bar featuring stories from those you follow has been added. You’ll find a button above that in the left-hand corner where you can start creating your first story. Instagram’s easy step-by-step explanation of how to develop one of these bad boys makes for a pretty solid user experience. 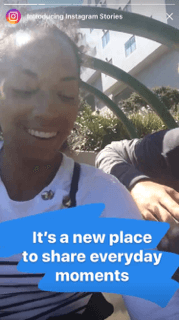 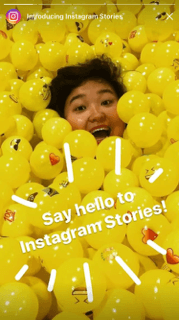 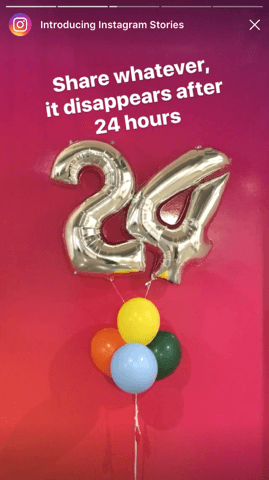 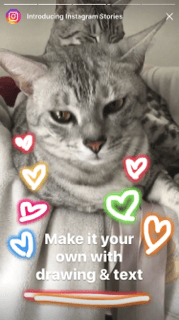 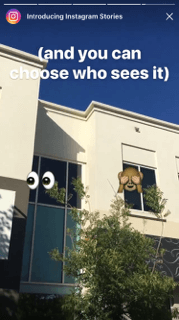 The concept itself is pretty simple: Take photos or videos, add a text overlay, emoji or drawing, create a series, and send it out for all to see. You can delete sections of the story, and everything wipes clean after 24 hours. Sounds familiar, right?

Historically (which is fun to say about a company that didn’t exist 10 years ago), Instagram has been used to journal notable activities and events in our lives. For the most part, we choose what we feel are the most visually appealing images to share with our followers. Photos of what we eat are among the most popular subjects, though sunsets and sunrises are pretty common as well.

One of the main differences between the two is Snapchat’s ability to send a Snap directly to a friend, rather than uploading everything to your story. But perhaps the most obvious deviation from Instagram’s new product inspiration is found after you get that perfect shot. Aside from a few that change brightness or sharpness in an image, Instagram isn’t diving into the exciting, ever-changing filters that Snapchat basically used to build its brand – at least not yet.

On Snapchat, users can opt for filters that feature them vomiting rainbows, or changing their face to that of a bumble bee. These are some of the most important characteristics for fans of the app.

“They are everything!” my MGH colleague Abbie Nowak said of Snapchat’s star feature. “Call it narcissism, but everyone loves to see themselves in the latest filter.” Not only does she have a point, but brands have taken advantage as well, creating geofilters around businesses or in certain areas for promotional purposes. Plus, who doesn’t want to see themselves with a dog nose and ears?

Instagram may have taken little creative license when replicating Snapchat Stories, but why can’t these two apps live in the same world, and achieve different things?

Snapchat has created a universe where the fun, weird and zany can be embraced and encouraged. Instagram has developed a public space where the quality of your content can be directly attributed to the amount of times someone double-taps on your work.

Call the relationship casual vs. professional, or even “sober vs. drunk,” as another social media marketing team member put it, but these are two strikingly different devices that represent more than their now-shared feature.

What's this update mean for your brand?

Don’t forget about the marketing potential here, either. Just like we do in our personal use, fans have come to expect certain things from brands on Instagram that they can’t get from Snapchat, and vice versa. I’d be just as excited to watch a professional chef cook up something delicious on Instagram as I’d be to watch my favorite comedian do something hilarious on Snapchat. If these platforms stay true to their audience, there’s more room for them to grow separately.

Like Instagram and Snapchat when it comes to their own Story functions, The Force Awakens and A New Hope share some commonalities. The companies that created Star Wars of old and new greatly differ, yet still made something classic in their own right.

And if you don’t think they can’t equally thrive in their own individual ways, it probably means you like Jar Jar Binks.